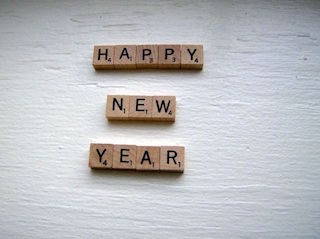 The Dilemma of New Year Resolutions

I’m taking stock and trying out a new approach to the science-public connection.

New Year Resolutions are ranked rather high on my cliché scale. Everyone is writing about how the resolutions never work, so there’s no point in making them. Lifehack’s Steve Errey even said that resolutions reduce self-esteem (this sent me through a self-esteem rabbit hole in Google Scholars which I will share at some point; I did not find any empirical evidence for this hypothesis).

I actually like the reflection that a new year brings. Because my birthday is also in January, I generally take stock around this time of year. I think about what I like about my life, and what I’d like to change. I like writing this blog, for instance. I like that I was able to take the last semester off and “not work” (which, in my world, includes writing a journal paper, maintaining the blog, and keeping my two kids alive and on time for school). I don’t like how little veggies we eat as a household, so I’m in the market for veggie recipes that kids are willing to eat :)

But the Errey piece got me thinking about whether this practice of new year resolutions is beneficial. This is worrying me because my 6-year-old son came home from school yesterday and said they talked about new year’s resolutions. I didn’t quite get the blow-by-blow of the discussion (something about someone who decided to carry around a sack of eggs? Must be a British thing), but I did get this: my son’s new year resolution is that he’d like to try all the foods on the table every time. On one hand, this makes me very happy, as we’ve been having issues with getting him to eat things that are not pasta (mostly we had issues with the veggies. Obviously). It makes me happy that he’s at least willing to try out new things–this is something we discuss a lot in our home. It’s also a practice we really encourage and a value of our family more generally. As my kids put it, we are a family of explorers. We value trying new things, going to new places, and being curious about everything.

On the other hand, reading the Errey piece, I was a little perturbed about how well-conforming my son is. This goal of trying new foods did not come from him, but from our persistence on trying new foods: we only talk about it EVERY MEAL. Our dinner-table rules include no standing on the table, no talking with your mouth full, and trying everything that’s on the table. So I worry that my son had internalized our insistence on this issue at the expense of being true to his own desires (which, I assume, are to eat only pasta, ever). This is also a value for us: we’d like our kids to be able to listen to their own bodies, to be able to tell what makes them happy, and to be true to themselves. What do you do when two of your values conflict?

I have no good answer for this dilemma. I’ve never posted on a topic before figuring out what I think about it. But, I think exposing the process is an important thing to do in a science blog (ok, semi-science blog). Science reports typically do not include the process, only the results. Yes, science reports include a “methods” section, which looks like a process; but it isn’t really. The methods section includes the tools the researchers used to measure the variables they are talking about in the report. It doesn’t talk about the thought process that led the researchers to use these particular tools, or to investigate the variables they chose to investigate. I think it creates the illusion that scientists have all the answers. We really don’t. Science is not about answers at all, it’s about questions. The more science you do, the more questions you have.

Which brought me back to the purpose of this blog, to why I started this blog. ‘Tis the season for reflection and taking stock, right?

I started this blog in order to bring together two aspects of my life: my research (about children), and my parenting (of children). Being away from academia for a bit made me realize how entrenched I am in the academic narrative of writing a tidy little story to publish in a well-respected journal. I’ve been having issues with how little connection there seems to be between science and the supposed beneficiaries of science, namely, people. It started when I became a mom and realized how little of the parenting advice–the stuff that are geared towards actual parents–is based on research and science. Sure, a lot of it is based on really great psychologists’ vast experience with children. But most psychologists see children only when there’s a problem, and experience–or rather, our memory of our experiences–is rather inaccurate. Since then I’ve discovered that science generally is not well-communicated to “the public”. I think one of the problems is that in the traditional model, scientists only share the end results, not the process. As a reader, you can’t follow every thought-process of every scientist in the world. But, as a reader who has access to the internet, you hardly ever get to see a single thought-process of a single scientist. And this is exactly what blogs were invented for, right?

So, to summarize: I’m not sure how I feel about my son’s new year resolution; I want to connect my readers (all three of them) to science: not only the results, but also the process. Oh, and Happy New Year!

PS My son really got the hang of new year resolutions: as soon as there was a salad on the table he decided to change his resolution from tasting everything to tasting most of the things. Excluding the salad.