On Nature, Nurture, and In Between 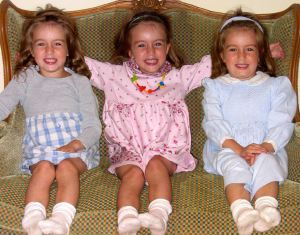 So, I’ve been kind of busy. I’ve been doing all kinds of fun stuff, but one that I’m really enjoying (and takes up most of my time now) is teaching an introduction to developmental psychology class. I’m very excited about this opportunity, and I’ve re-discovered how much I love to teach. But my amusement is not the topic today. I’ve been researching articles that are far off my field for this course, and one that I found completely blew my mind, so I’m going to write about it even though it’s fairly “old” for the post-twitter era (published in 2007). In a psychological journal article, this would qualify as “recent research”. So, this might be common knowledge, but I took my intro dev psych in 2002 and my last “genetic bases of developmental disorders” course in 2006, so there you go.

The study was a meta-analysis that examined heritability estimates over time. Heritability estimates are typically arrived at by comparing the correlation between monozygotic (identical) twin-sets and dizygotic (fraternal) twin-sets. The idea is that identical twins share 100% of their genes, so if they are more similar than fraternal twins (who share, on average, 50% of their genes) on a certain measure (say, IQ), than that measure is likely influenced by genes.

This meta-analysis examined several measures, including internalizing and externalizing behaviours (depression and aggression, respectively), as well as IQ and ADHD symptoms. They looked at twins that were measured at least twice, and were between 13 and 25 years old at the time of the first measurement.

Externalizing and internalizing behaviours and IQ all increased in heritability as time went by. I’ll say that again. The older the twins were, the more likely the identical twins were to be more similar than the fraternal twins. Is your mind blown yet?

If you (like me) were holding the traditional view of how heredity influences development, you probably thought something along the lines of “genes provide the clay and environment does the sculpturing”. In other words, the genes are what you come into the world with, and then the environment does its thing. But this is clearly not the story here. The authors argue that the identical twins, because of their shared genes, are more likely to select similar environments, and the cumulative effect of these environments is what drives this “increase in heritability”. However, an alternative explanation is that some genes are expressed later in life, and these could be driving the increase in similarity. This alternative explanation, by the way, was conceived by a non-geneticist, so it may not actually be correct.

I’ve written several posts in which I (lightly) touched on the nature vs. nurture theme. This question is one of the main ones in psychology, especially when it comes to development. After all, one of the main reasons to study children is that they give us a window into the kinds of skills we come into the world with. But recent (ha!) research clearly shows that not only both nature and nurture influence development – nature and nurture also influence each other and then these influences influence development. Mind: blown.