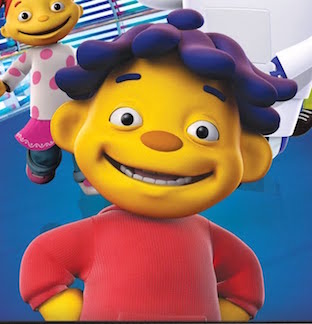 I was very happy to stumble upon this cool article published recently. I learned quite a few new things about fathers from it, which is always interesting. I’m generally very much in favour of fathers; they play a very significant role in child development, and in the movement for women’s equality. From a researcher’s perspective, we don’t know anywhere near enough about the effects of having an involved male role-model for children, especially as compared with female role-models. My guess is that it would be beneficial. So, this article made me happy because the researchers actually studied fathers and their children.

The authors recorded semi-structured interactions between fathers and their 2-year-olds in their homes. The semi-structured approach is great when you are looking for naturally occurring things (such as the conversations between fathers and their children) but you want all your participants to have roughly the same context, so you get fewer interactions that are completely out of left field. So, the authors gave fathers-child dyads three numbered bags that contained a story-book and some toys, and asked dads to open the bags in order, but the amount of time spent on each bag was up to the dads. The authors video-taped the next 30 minutes, and coded the number of utterances by both father and child, the number of wh-questions the dad asked, the number of non-wh-questions the dad asked, and the number and length of the child’s responses for all of dad’s questions. They also collected some background variables, but all the dyads came from a low socioeconomic status (SES). They collected data on the child’s vocabulary at the same time. Then they came back a year later and tested the child’s verbal reasoning skills (things like putting a story in order and so on–this skill is tested quite a bit in IQ tests of all kinds).

First of all, the most common wh-question by far was “what” (almost 70% of all wh-questions). Which makes sense, given that the kids are 2-year-olds, so the most common question was probably “what is this?” or perhaps “what colour is this one?”, probably followed closely by “what does this one do?” (when referring to a toy, for instance). However, this is not in the article, this is my interpretation. Another option is “what do you think will happen now?”–but that’s unlikely to be asked of a 2-year-old. I would also argue that the last question (“what do you think will happen now?”) is a whole other ball game, especially when reading a story with a child, and it’s too bad that the authors didn’t go deeper in the analysis of the wh-questions.

Another interesting finding is that proportion of wh-questions (out of all questions) was a significant predictor of child’s vocabulary at the time of the interaction and of verbal reasoning skills at age 3. However, the child’s vocabulary was a mediator of the relation between dad’s questions and verbal reasoning. In other words, when dads ask their kids more wh-questions the kids have better vocabulary, which in turn leads to better reasoning skills later on.

This study ties into the studies that found that children whose parents talk to them more have better vocabularies. However, the new finding is that it’s not the sheer amount of talking, but the quality of the conversation that helps kids develop their vocabulary. The authors argue that dads make “more challenging conversation partners”, so kids have to work harder when they are having a conversation with dad. And the more dad asks wh-questions, the better the kid’s vocabulary. However, the kinds of questions the dads in the sample asked were probably fairly similar to the kinds of questions that moms ask, and, more importantly, there was no comparison to how many questions moms asked. So what could happen is that in some families, the family culture is such that both mom and dad engage with the child when they are playing with her, ask her questions and encourage her to talk, and then build her vocabulary (and her confidence, but that wasn’t measured so that’s a whole other post). I’m not trying to dismiss the contribution of dads, and I think it’s fantastic that researchers are focusing on dads, but it’s important to remember what this study did–found that proportion of wh-questions is related to larger vocabulary and better reasoning skills–and what it didn’t.

In summary, asking your child wh-questions is probably a good idea, whatever your socioeconomic status or your gender. So, for example, don’t ask “did you have fun at school today?”; ask “what did you eat for lunch?” or “who did you play with today?” or even “which period was the best one?”. Or, if you find yourself asking “did you have fun at school today?” because that’s what you ask (it’s what I ask as my first question 9 days out of 10), after you get the inevitable “yes”, follow up with a more specific question. That would get the kids talkin’ :)