On Trophy Children and Self-Esteem 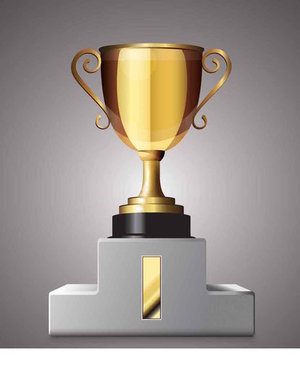 Why depending on your child’s achievements for your self-esteem is bad for your child and for you.

We live in a rather posh neighbourhood. There are independent cafés and designer clothes shops everywhere. The kids attending school with my children are unfortunately almost uniformly white, and about 90% of them (that’s an estimate, I did not collect data on this) come from a two-parents (mum and dad) home in which mum is home with a younger sibling. Why am I telling you this? Because I have encountered an interesting phenomenon in this neighbourhood: apparently you start applying to secondary schools (junior high and high-school combined, roughly) when the child is in year 2. Second grade. When your child is 7 years old, that’s when you should begin to worry about where she’ll go to high-school. That’s because some high-schools are the “right” high-schools, and increase your child to later attend either Oxford or Cambridge (think ivy league colleges). I thought it was insane, but I’m a minority it would seem. At least in this neighbourhood.

This craziness is consistent with the increasing pressure on parents to promote children’s achievements. A recently published article showed that when parents feel they are accountable for their child’s achievements, they tend to hang more of their self-esteem on the child’s performance. That is, if my child does well, I feel good about me. I know I feel good when my kids do well, but I would put this more in the pride department (I’m proud of my son for becoming a better chess player; I’m proud of my daughter for learning to read so quickly). And yes, sometimes I feel that I get credit for their achievements, especially when they are well-behaved (because the number of times I said “what do you say?” is in the thousands, I feel that I deserve at least some credit).

Another reason that hanging your self-worth on your child’s achievements is not ideal is because parents whose self-esteem hangs on their child’s performance tend to promote more extrinsic goals, rather than intrinsic goals. Extrinsic goals (not to be confused with extrinsic motivation, which is also less ideal than intrinsic motivation) are goals that are directed externally: having more money, being famous, and so on. Intrinsic goals are aimed more towards self-fulfillment: personal development, contributing to the community, etc. From what I can gather, having good grades is an extrinsic goal, whereas learning more or doing well in school is an intrinsic goal, although the lines there are fairly blurry from what I can tell.

Finally, the research shows that parents whose self-esteem depends on their child’s performance feel that way regardless of the child’s actual performance. That is, the child can never be good enough to fulfill the parent’s expectations. Moreover, the parent will never be satisfied with the child, even when that child is the richest, most popular, and best looking kid in the world.

And now for the practical part: let’s say you suspect you are one of those controlling parents whose self-esteem hinges on your child’s performance. And let’s say you want to change that (you might not want to, and that’s obviously a personal choice). How do you change? I did not find research on this, but I suspect that there will be no shortcuts on that one. However, trying to pay attention to situations in which you try to control your child’s behaviour is a good start. There is also a kind of a circle going on: parents who have more extrinsic goals are more likely to depend on their children’s performance for their own self-esteem, and emphasize those extrinsic goals to the children. If you want to promote intrinsic goals in your children, you can start by taking a long hard look at your own goals. But that’s a topic for a very different blog.