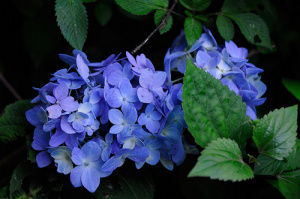 So, after our in-depth exploration of inhibitory control and all it means, we are ready to plunge into the next construct that is typically a part of Executive Function. This process is the “updating” process, or working memory.

What is Working Memory?

Working memory is the ability to keep information in mind – and manipulate it. The manipulation part is important, because just keeping information in your head is called “short-term memory”. The classic example of short-term memory is looking up a phone number in the phone book and then repeating it over and over until you get to the phone and can dial it. It sounds like it’s something from the Stone Age, but when I was an undergraduate student that was the example that was used.

A classic working memory measure is the Backward Digit Span, a task taken from an IQ test. The experimenter says a string of digits, and the participant is asked to repeat it in a reversed order. For example, if the experimenter said 5-8-2, a correct answer would be 2-8-5. The idea is that you have both to remember the digits and manipulate the information (reverse the order). However, young children (3-year-olds) find this “game” very difficult. Even when there is a puppet that demonstrates how to do it, most of the studies I was involved with and in which we used backwards digit span, 3- and many 4-year-olds were really bad at this. In general, the older kids get, the better they are at working memory tasks in terms of capacity. That means that they can remember more pieces and manipulate them, not necessarily that they can do something different with those pieces.

Why is Working Memory an Executive Function?

I know this was kind of technical, but working memory is an important component. Next time I’ll talk about cognitive flexibility, the most awesome process of all (and my research focus).

This time I would love to hear what you thought about the post. Too technical? Too simplified? Too boring?