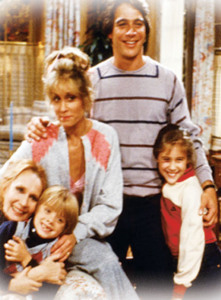 I noticed a few weeks ago that I have been blogging for almost a year now, and I have not written a single post about the topic I’m studying. If I were a psychologist, I would have said that I was delaying writing about it because if the post about my research is unpopular, what does that say about my research?

Well, it’s time to just do it. I will be writing a series of posts about the area of research I focus on in my PhD, namely, Executive Functions and how they develop during childhood. The first post will be a general overview, and then I will dig in deeper into each of the “functions”.

What are Executive Functions?

Executive Functions is an umbrella term that is used in academic literature to refer to processes that enable goal-directed behaviour. In other words, these are the processes that begin working once we have set a goal for ourselves. The goal can be “having dinner” (which will entail, for example, opening the fridge, looking inside, finding the phone number for the pizza place, dialling, deciding what to order, and making sure you open the door for the pizza guy), or it can be “become a firefighter” (which will entail a whole lot more steps, and a lot more long-term planning).

Executive Functions has been around as a topic of investigation for a fairly long time (the term was coined by Isaac Madison Bentley in 1924). There was little action (scientifically speaking) until the 1980s, when Russell Barkley linked Executive Functions – or rather, Executive Dis-function – to ADHD (Attention Deficit and Hyperactivity Disorder). Interest in Executive Functions exploded in the 2000s, with over 8,500 academic articles, books, and dissertations written during this decade.

Why are Executive Functions Interesting?

Executive Functions allow us to plan. They allow us to set a long-term goal, break it down to steps, and follow those steps through. These processes impact pretty much all aspects of our lives. For instance, I wrote a little bit about the marshmallow task, in which 4-year-old children are seated at a table with one marshmallow, and are told that if they can wait they will receive another one. A longitudinal study found that years later, the children who could wait longer had better academic performance in high-school, higher income as adults, they were better able to cope with stress, and had a lower Body-Mass Index (height-to-weight ratio; this finding is actually not surprising, all things considered). The marshmallow task is typically categorized as measuring inhibitory control, one of the processes that fall under Executive Functions (I’ll talk more about inhibitory control in the next post). The ability to wait your turn is something that most 3-year-olds (and their parents, and their 20-months-old siblings…) struggle with, but that does not constitute a difficulty for most adults (most of the time). So it is particularly interesting how these processes develop – at what point in time do children become able to plan ahead and follow through?

At what age could your child wait his/her turn?