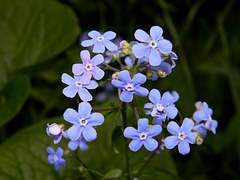 Can you play memory games to improve your preschooler’s working memory?

A new article about an intervention to improve children’s executive functions caught my eye this week. This was done by Emma Blakey, a Ph.D. student at Sheffield University. Interventions are particularly scary for Ph.D. students because if the intervention doesn’t work you need to start from scratch, so just putting it out there: way to go Emma for a courageous foray!

The authors wanted to see whether an intervention would improve 4-year-olds’ working memory skills. For those of you who do not feel like going back to read my old posts about it (though you should, they are very good!

), working memory is the ability to hold and manipulate information in mind. So, for instance, in order to do sums in your head (like 3+5=?) you need both to remember the question and to process it and figure out the answer. It is thought to be a part of executive functions, which are a group of cognitive processes that enable goal-directed behaviour (basically, anything you don’t do on autopilot).

The experimenters measured a bunch of things at the beginning of the study (very important, to make sure the groups are similar), and then randomly assigned children to either a training group or a control group, ran the intervention (the control group got tasks that did not train executive functions, which is an excellent way to have a control group), and then re-measured the same skills (a pre-post design). They also measured the children in a follow-up after 3 months, and threw in a maths assessment.

So, the intervention was basically tasks (or measures) that were very different on the surface from the tasks that they used to measure the before and after skills, but that in fact measure the same skill. This sounds very complicated, but it really isn’t. For example, to measure working memory at baseline (before) and at the follow-up (after), the researchers used the backwards word span task. This is a classic task to measure working memory. Basically, you ask children to repeat a string of words (dog, tree, house) in a backwards order. To do that, children have to both remember the original list and reverse it (process it in some way).

As an intervention, the researchers used a task called the six boxes task. Children have to look for two stickers that are hidden under two out of six boxes (similar to a memory game, in a way). The idea is that if you remember the boxes you searched under, you can find the stickers in 2 trials if you’re lucky, and a maximum of 6 trials if you’re unlucky. Children typically take more than that, because they search under the same box more than once. In order to do this task in a minimum number or trials, you need to remember which box you already looked under, and to figure out which one you want to look under next.

So both these tasks measure working memory, but they are very different in their characteristics: the backwards word span is very verbal and the input is auditory, whereas the six boxes task is rather visual; the backwards word span requires reversing the order of a list, whereas the six boxes task requires figuring out what box is next. The idea here is that because the tasks are so different, you are not training the kids to succeed in a certain task. However, because both tasks require working memory, you train the kids’ working memory as they get exposure to these tasks.

The researchers did the intervention once a week for 4 weeks. Each intervention session took 20 minutes. This is not an intensive intervention–this is not even an after school club. All in all, and I’m sure this was the point, we are not talking about something you need an expert to come in every day (which would be expensive and unrealistic for most children), we are talking about something most parents can do, and definitely all teachers can do.

Children in the training group improved on working memory measures more than the children in the control group (everyone improved a little bit from the first time they did the task to the second time they did it, which is to be expected). They did not improve on any of the other measures. This lack of improvement on the other measures is particularly telling because the intervention included an inhibitory control part, which appears to have done fairly little.

I have a couple of issues with this study. First, the researchers did not separate the working memory intervention from the inhibitory control intervention. Sure, it would have required doubling the sample size, because ideally you want to use a 2x2 design with some children in the control group, some getting just a working memory training, some children getting just an inhibitory control training, and some children getting both training types. But it would have told us a much more interesting story. Another issue I have is with their statistical analysis: they had several outcome measures, but they did not run them in an analysis that includes all of them, but in separate analyses, one for each measure. For the purpose of this blog, I’ll just say it was not the appropriate analysis, and that it increases the chances of finding a significant finding accidentally (more details here). That said, they did find an effect 3 months after an intervention of 4 once-a-week 20-minutes sessions, which is extremely neat. Why? Because three months is a long time when you are 4 years old.

There are three interesting parts to this study. The first is that you can train working memory in 4-year-olds. Given the fairly large number of studies that have already found that you can train working memory in older children and in adults, this finding is not entirely shocking. But we have very little studies doing interventions with 4-year-olds, so it’s good that the authors have done that.

The second interesting part to this study is that the effects of the interventions were transferred to maths skills 3 months later. This could be for a host of reasons that this study cannot speak to (they did not measure, for instance, any maths skills of any kind at the baseline), but still, really interesting. Working memory and maths are related in all kinds of interesting ways. Specifically, what this study suggests is that we may be able to create a curriculum for preschoolers that would help them with their maths skills later on.

To answer the question I’m sure many of you are asking: yes, you can probably help your child with their working memory skills. The training the authors used was simply other working memory tasks, in which feedback was given. So, practice makes perfect: ask children what happened already when you’re reading a story, or do some simple sums without writing things down. These will not only help practice their working memory, they are also good for literacy and maths (respectively). And play memory games. These will not only provide working memory practice, but also some family-togetherness time. And tell them they’ve done a good job when they succeed, or just give them a thumbs-up. Happy Playing!